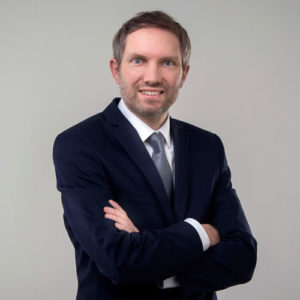 Mr Almond (MB ChB(Hons), DM(Hons), FRCS) has a breath of expertise in surgical oncology, benign upper gastrointestinal, pancreaticobiliary and general surgery. His NHS practice is based at University Hospital Birmingham, the largest acute NHS Trust in the country, where he is the lead for governance in emergency general surgery.

Mr Almond completed subspecialty training in upper gastrointestinal and pancreaticobiliary surgery in the West Midlands and then gained further specialist experience in abdominal and retroperitoneal sarcoma surgery through Fellowships to the Istitutio Dei Tumori, Milan and the Royal Marsden Hospital, London. In addition, he developed specialist skills in therapeutic endoscopy through Fellowships to Harvard University, Boston; the Massachusetts General Hospital, Boston; and the Mayo Clinic, Rochester, US.

In 2010 Mr Almond was granted a prestigious Royal College of Surgeons Research Fellowship and was subsequently awarded a Doctorate of Medicine. He has published more than 70 research articles and book chapters including publications in the journal Nature and the British Journal of Surgery. Mr Almond is an honorary Clinical Lecturer at the University of Birmingham and currently holds a Royal College of Surgeons research grant. He is also a member of several surgical societies through which he has contributed to national and international clinical guidelines.

Mr Almond has experience of acting for both claimants and defendants in personal and occupational injury claims and in medical negligence cases.

His main areas of medicolegal expertise include:

Mr Almond has experience in root cause analysis investigation and in providing evidence for criminal investigations.

He is registered with the National Expert Witness Agency and is a member of the MLAS Expert Witness Community. He is also an APIL expert.  He has completed the Bond Solon Excellence in Report Writing, July 2019.

Mr Almond has experience of acting for both claimants and defendants in personal / occupational injury claims and medical negligence cases.

Mr Almond is available for appointments at 2-3 weeks notice. He is also available for home visits / ad hoc venue bookings. He has a report turnaround time of four weeks.

Mr Almond has published more than 70 research articles and book chapters, including publications in Nature and the British Journal of Surgery. A selection of his publications are listed below.

Doctorate of Medicine (Hons), June 2013. Awarded with no corrections and with the Kings Norton Medal for the best Doctoral student across all schools. Cranfield University.

Mr Almond is a member of the British Sarcoma Group, the Transatlantic Retroperitoneal Sarcoma Working Group, and the British Association of Endocrine and Thyroid Surgeons, through which he has contributed to national and international clinical guidelines. He is also a surgical tutor on behalf of the European School of Soft Tissue Sarcoma Surgery.

Mr Almond is a Fellow of the Royal College of Surgeons of England.