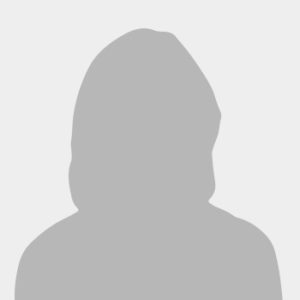 Ms Andrews qualified in 1997 and worked for the NHS until 2004. During that time, she worked across three different Trusts as Community clinic therapist, Autism Lead and Special Needs Coordinator (management level). As Autism Lead in Milton Keynes, she co-developed communication departments within Middle and Secondary schools alongside Education colleagues.

Since leaving the NHS in 2004 Ms Andrews has worked as a locum across trusts in the UK alongside her Independent Practice. In her independent practice she has undertaken extensive postgraduate training in response to the needs of her clients. Additional training has mostly centered on Autism/challenging behaviour, literacy, and alternative communication (AAC).

To expand her experience further she went to work in Australia. Ms Andrews spent 18 months in a preschool autism ABA/VBA specific Centre with 30 psychologists. Then for two years at the Centre for Cerebral Palsy as manager of the school-aged team of speech and language therapists providing therapy to Primary and Secondary aged children.

She currently holds a small caseload of children who have autism/PDA/cerebral palsy/general language or social interaction difficulties.

Since 2004 she has given evidence in Magistrates Court (witness for defence), attended around ten SEN Tribunal hearings in person and online. In most of her cases the report has given the Local Authority enough evidence for them to agree to the SLT needs, outcomes and intervention before the Hearing.

Julie Andrews expertise is sought after for SEN Tribunals, where she is called as an Expert Witness to provide reports and in some cases attends Hearings. Julie offers Educational Healthcare Plan assessments and reviews, providing assessments and reports for those applying for an Education, Care and Health Plan (EHCP) and where a review of their EHCP is needed.

She can offer assessments for SEN Tribunals. with children from three up to 25 years old.

Sarah is a sought-after speech and language therapist whose availability is available on request.

In addition to my work as a speech and language pathologist/therapist, I have had articles published in educational publications including SecEd and the British Journal of school nursing and have published a series of Picture Books for children with delayed speech sounds.