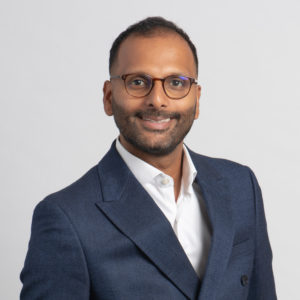 Dr Amit Chatterjee is an experienced consultant forensic psychiatrist who provides expert evidence in criminal, civil and family proceedings. He has worked as a consultant across all levels of security and has worked within the prison estate. He is currently employed as the Clinical Director for the Priory Group’s Forensic Network.

Dr Amit Chatterjee has clinical experience working as a Consultant Forensic Psychiatrist within high, medium and low secure services. He has worked with both male and female offenders and worked outside the secure estate within a specialist female personality disorder unit, a female psychiatric intensive care unit and, currently, a male psychiatric intensive care unit.

He completed his forensic specialist training on the South London and Maudsley Training scheme in August 2013 and was then employed in the independent sector as a Consultant Forensic Psychiatrist at Thornford Park Hospital. In October 2018 he was appointed as a site medical director within the Priory Group, before then being appointed Clinical Director of the Priory Group’s Forensic Network in January 2020.

His training and clinical practice has seen him prepare (and speak to) a number of psychiatric reports for First Tier Tribunals (Mental Health), Her Majesty’s Courts Service on the issue of fitness to plead and the use of psychiatric defences (such as diminished responsibility and insanity), as well as being asked to give opinion with regard to disposal under the Mental Health Act where necessary. Dr Chatterjee is also comfortable giving oral evidence in Court and for the Parole Board, when required.

Given the range of settings he has worked in, he is well placed to give opinion on the issue of dangerousness, risk and whether patients should move between various levels of security.

Dr Chatterjee has experience of providing expert reports in criminal and civil matters. He is comfortable giving oral evidence in court. As a forensic psychiatrist he has regularly given an opinion regarding the suitability of Hospital Orders (with or without Restriction Orders) under the Mental Health Act 1983, as amended in 2007. He has given evidence at Parole Board Hearings and regularly at First Tier Tribunals (Mental Health).

Dr Chatterjee has experience of providing psychiatric reports in various legal proceedings.  He is most commonly instructed in the following types of cases:

Dr Chatterjee has good availability and will turn around instructed reports in a timely fashion. He is also able to work within short time frames to complete reports as needed.

MRCPsych (member of the Royal College of Psychiatrists)