Consultant Psychiatrist in Learning Disability with interest in Forensic Psychiatry 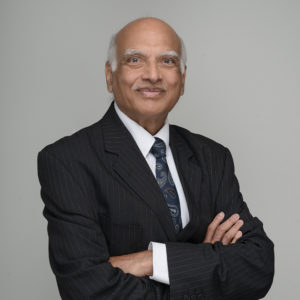 Dr Anil Kumar is an experienced psychiatrist with over 30 years experience as consultant who has provided expert evidence in Court of Protection cases, criminal matters, mental health review tribunals and in personal injury cases.

Dr Kumar became a consultant in learning disability in 1989 when he treated patients in secure settings and developed his forensic interest. In 2004 he became the medical member of the mental health review tribunal panel (now retired). In 2010 he became the Second Opinion Appointed Doctor (SOAD) for Wales.

He has received training in assessment of capacity under the Mental Capacity Act 2005 and has good working knowledge of the Mental Health Act 1983 (amended 2007). In addition to his psychiatric training he has graduate and post graduate qualifications in law.

Throughout this period he has carried out medico-legal psychiatric assessments in mentally abnormal offenders, as independent psychiatrist in mental health review tribunals, in Court of Protection matters dealing with deprivation of liberty and in personal injury cases for claimants and defendants.

Dr Kumar has experience of providing psychiatric reports in a variety of legal settings. He is commonly instructed in the following types of case:

MRCPsych (Member of the Royal College of Psychiatrists)
Approved under Section 12(2) of the Mental Health Act 1983, as amended in 2007